This article is a description of the merging between the realization as the Blackness and Void of pure Awareness and the recognition of Light as pure Consciousness – God-consciousness. It is in its totality the pure Tantra.

Through recognition as Truth in the stomach, recognition as oneSelf as Black Light becomes the case. The Black Mother emerging, by the deepest possible intimacy with and as Truth in its expanse across everything from the deeply animalistic- to the Universal body.

By the eradication of identification, which happens in the Real awakening (as pure Awareness – beyond Consciousness), our embrace of the third dimension of Being, the Stomach, becomes infused with a direct ignition and recognition of our Self as the Thick Substance of Black Light.

It is the arrival of Will in the human body. A full delivery of realization through Mind’s faculty and the sensory system, to the deeply embodied Knowing of oneSelf as Truth in form.

Prior to the recognition as Black Light, our surrender has carried us from desire-based wanting to merge with the pure Will, the Light of the Heart.

From there we succeed in expanding our Self beyond any limit and attain realization of God as our pure Self. Through the Heart, we become Love and attain Universal Consciousness.

In passing further from the purified Heart, we are facing the death of God – of our Self – to the recognition as the Basic Space of Being; The Primordial Silence (Pure Awareness – beyond subject and object); the Absolute.

Stabilization of Any realization requires a Full merging and deepening with the principle in question – Masculine or Feminine. Seeing the Void and returning to Life is not equal to having realized Pure Awareness. Just as our surrender to the Heart calls for our complete merging with pure Life, in the way which purifies our Heart for us to realize God as our Self, so does our meeting with the Void require a Total Merging with it, for the purification of our Minds to truly happen.
When the two principles of the Masculine Essence as pure Awareness and the Feminine Essence as pure Life have been solidly realized within being, we are given access to the incarnation as Black Light. The extent and strength of this merging relies on the depth to which the recognition of Space and Life has been allowed to happen.

In the merging between the two principles, One arrives in the body-space as Full recognition of Truth Embodied – Truth in Form. Without a past, without a future, the Painter of the Picture of Love steps into the canvas – only to emerge as Absolute Intensity of Black Being.

The Qualities of the Black Light

Knowing itSelf as Everything within existence, it can take any shape. Knowing itself as Pure Blackness, any manifestation always subsides into the Black Light once again, once any manifestation has served its purpose. Life becomes pure Play.

As the merging of principles happen into the Belly, Endless Power reveals itself as the Core Quality of Being Absolute Intensity. The true human IS a result of knowing Love through Heart and Silence through Mind.

In its combination with Knowing the inexhaustible Power of Source, it becomes the Real Birth of pure Me. Integral Individuality as Incarnation Absolutely beyond Identification.

In some sense, one can consider the merging between the principles – the Pure Tantra – the actual Potential of realization. An arrival at the destination of “Here”, which undoubtedly transcends the idea of transcendence and realization as being about dis-appearing – rather than actually appearing.

The opening of the crown and transcendence is indeed the final stages of the death to Truth through the headspace – the recognition of the Absolute –  but the True Potential of realization carries a further evolution into deep incarnation.
Through the incarnation as Black Light, the human realm is completely transcended. This happens as the realization as Black Light gains momentum in its cultivation.

As the recognition as the Black Light becomes stronger and stronger it brings into Actuality a Realization of Truth carrying the Strength of the whole Universe. And this is the Strength with which the illusion of “the World” is dissolved. It calls for a massive energetic transition, to embrace All Power becoming oneSelf.

It is the merging between the Force/Light of the Universe and the Blackness of the Void – deeply into the Human Form. It brings Absolute Knowing of the Mystery, which is Spirit itself.

After years of a body having been invisible/transparent – due to realization first as Everything and then as Nothing (or vice versa) – All That is previously Known as Truth, incarnates in the merging between the Personal and the Impersonal, handing the Union between the realizations of Pure Heart and Pure Mind down into the human body.

The result is very simple, it is the becoming of Truth in Form: Being the Truth – Being Here – in This (human) Form – as Black Light.

The discoveries that happened as a result of expansion into the Universe, now in a very instant become grounded deeply into the human existence.

With an Absolutely Consistent experience of Me as the Black Light, there is a solid recognition of Truth in Form, which doesn’t carry a distinction between Life and Death as the breathing in and out of consciousness. (For a deeper understanding of the breath of consciousness, read the glossary).

In other words – consciousness is out of breath, and Truth (Black) and Life (Light) have come together in One recognition as the substantial Black Light in the incarnation into the human body.

The Incarnation is equal to the occurrence of our energy-body being as immensely solid and strong as the Universal Force – like a vibrating field of electricity. At the same time as this “field of High-Power tension” being the case, there is, a complete bodily relaxation, which is natural when the contractions of ongoing attempts to survive as ego have been passed. The body is rewired to carry the strength – it becomes strong and precise.

Movement is natural and the Vibrant Black Fire is gentle but warm in Silence.

Seeing and Being is Absolutely merged. The different dimensions of Being become all apparent Right Here – on Earth. There are no longer levels of existence, but all is readily available and visible in every second of Seeing as Being.
The eyes are rewired. Seeing through the Heart with a Mind dissolved into Silence reveals Molecules of Light visibly dancing through the air. The Elements – of Fire, Wind, Earth and Water – start speaking loudly to One’s Being. The Mystery reveals itself.

(An article written in June 2014 by Aisha Salem, www.aishasalem.com) 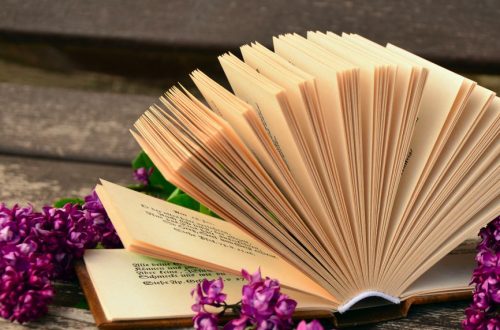 “Addiction to comfort is not the best thing. The

“Passion is not about projecting the wanting out

“Nothing that you are going through is useless.

"Agony and Ecstasy our two sides of the same coin.

"We can’t choose Joy as an add on, but we can pe

"Our complexity is based on the denial of our simp

“Sometimes we simply grow by standing exactly in